Connecting gamemakers and playtesters at SNDMakesChi

At SNDMakesChi, Team Printer’s Row designed and prototyped I Want In, a platform that connects gamemakers and playtesters. We tested our initial hypothesis - that playtesters are important but hard to find - by talking to some game developers who responded to our teammate Charlie’s Bat Signal. 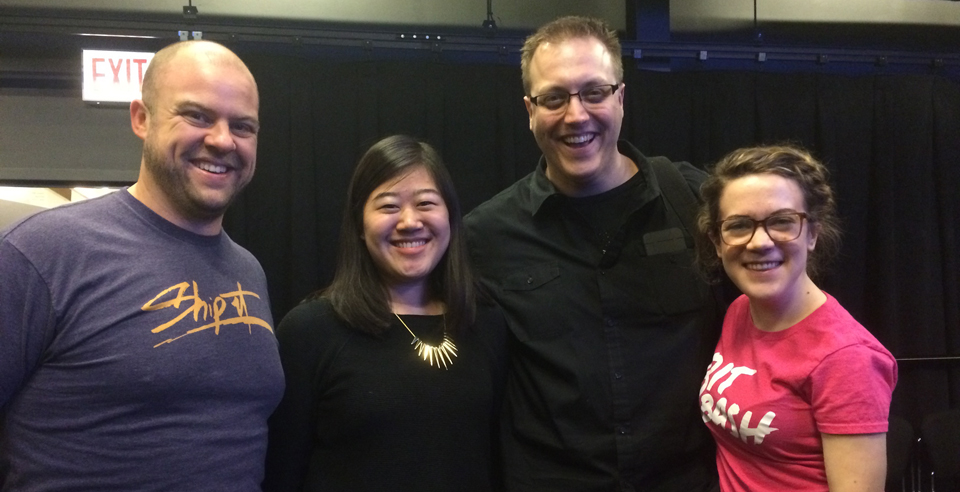 We learned that game developers often test with friends and family or find testers from the same sites and online communities, have a low budget for QA (and in some cases a random volunteer may be better than a hired person for QA), and find it challenging to get quality feedback from testers. We developed two personas: a gamemaker and a playtester.

Our platform aimed to address both gamemaker and playtester needs: gamemakers want more testers, a more diverse pool of testers, and higher quality testers while playtesters want games, a sense of community, and a sense of growth or progression. Our prototype, I Want In, bridges this gap. Gamemakers can post a game to test and specify the kinds of testers they’re looking for (i.e. age, experience, gender, etc.), as well as request, approve, or deny playtesters for their games. For the sake of anonymity and limiting bias, games can only be identified by name or game-type. Playtesters can sign up for an account on I Want In, request to test games, and build up expertise in different types of games (i.e. RPG, strategy, driving, hidden object, etc.). To reinforce positive contributions from playtesters, gamemakers would be able to rate playtesters in a “rate the rater” kind of way.

In addition to talking to users in the needfinding stage, we were able to test our prototype on the last day with additional game developers who gave us some useful feedback:

One major feature we discussed a bit but ultimately decided not to focus too much time on was feedback. What kinds of feedback are most helpful for game developers? How can we incentivize quality feedback from playtesters? If the most valuable feedback is observation and talk alouds, how might we find an alternative that works for playtests that aren’t done in person? We settled on allowing the gamemaker to specify a question for which the playtester would leave audio feedback, but iterating on this would be something more significant to think about in the future.

I Want In is built with Middleman and hosted on Heroku. Check out the repo on GitHub and our presentation slides here!